Robonomics developers have come up with a solution based on the Polkadot architecture that will allow any parachain to get access to IoT device management with payment in a native token. Each parachain that adds a Robobank branch to its runtime will be able to use the functions of launching a smart device running under the Robonomics parachain control.

Users will not have to pay commissions outside of the native parachain token — any payment made through Robobank will provide a free execution of an automated service / launch of an IoT device for the user. The only thing that the owner of the automated service will need is an active subscription of the IoT device to use the Robonomics parachain.

To help the Polkadot ecosystem evolve towards IoT, Robonomics is going to provide parachains with the greatest possible integration with the most popular devices over the coming years.

If Robonomics is readily available, then the functionality of the parachain will expand in the direction of automating the services that surround us in the real world:

These are just examples that came to the author's mind, and you can try to continue the list yourself thinking about services for Smart Cities.

A separate parachain provides specific functions, and the native token is used to pay commissions for performing these functions on the Polkadot network.

The creators of the parachain are limiting the capabilities of their Polkadot segment to increase performance, while the presence of other parachains and the ability to send a transaction from one parachain to another using XCMP can achieve a network effect.

Each parachain builds its own 'runtime' from modules called 'pallet'. 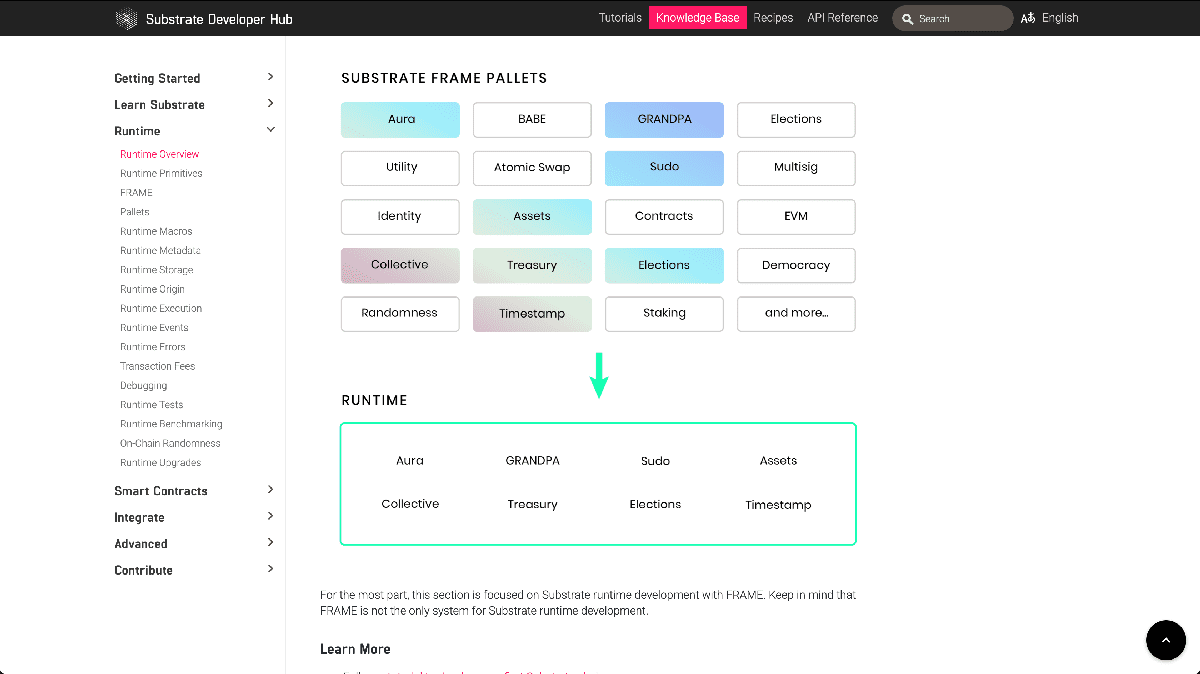 Using the Ethereum architecture terms, the runtime is a separate virtual machine built for the tasks of only a few smart contracts.

Summarizing the functions that are involved in a separate parachain, we get a complete solution with resource savings for “not the most important” capabilities for a specific project.

Parachains are the same as shards, but each is assembled in its own way.

By being in shared security, parachains can create trusted connections between each other. This approach saves us from the fear of being in a cool but empty sandbox.

The presence of the Robonomics parachain will allow other Polkadot parachains to expand the functionality of native tokens by adding instead of the full and rather complex functionality of working with IoT devices to your virtual machine (i.e runtime), functions such as: pay for launching an IoT device or receive data from the device during the payment process.

Next, we will look at an example of architecture using multiple Polkadot parachains in order to extend the capabilities of any project through infrastructure integration solutions based on XCMP.

Consider an example of a truly decentralized Uber service.

By implementing Uber Parachain, developers could focus on the rating system of drivers, the system for processing user requests in p2p mode, and other customer service issues, and not worry about the need to simultaneously support the IoT component of their applications — Robonomics will help with IoT. Uber Parachain will only need to integrate the Robobank pallet into its runtime in order to provide customer access to the car after payment and receive trip reports directly from the IoT modules of the car.

Let's have a look at the diagram above and highlight the important points:

As you can see from the diagram and the description of the modules, the parachains need to install Robobank Branch, which can be performed in the parachain update mode without a hard fork.

Now let's look at a step-by-step use case to represent the full cycle of the Robobank module after the Robobank Branch is enabled by the Polkadot parachain.

As a result, we examined the architecture of a solution using cross-chain transactions to expand the capabilities of a separate project at the expense of a common ecosystem.

After the first tests on the Rococo network, the developers will publish instructions for the implementation and use of the Rocobank module on the wiki.robonomics.network

Our main goal is to prepare the Robobank module for the launch of parachains on the Kusama network in the summer of 2021.

To find out more, stay in touch on Twitter.